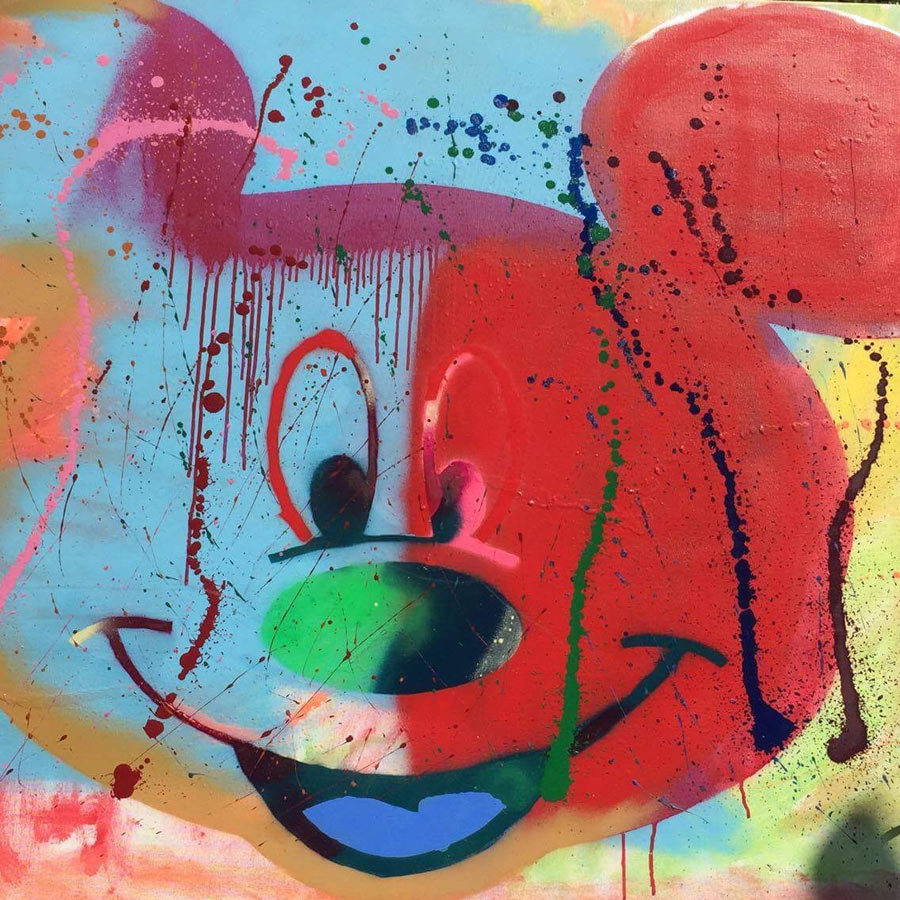 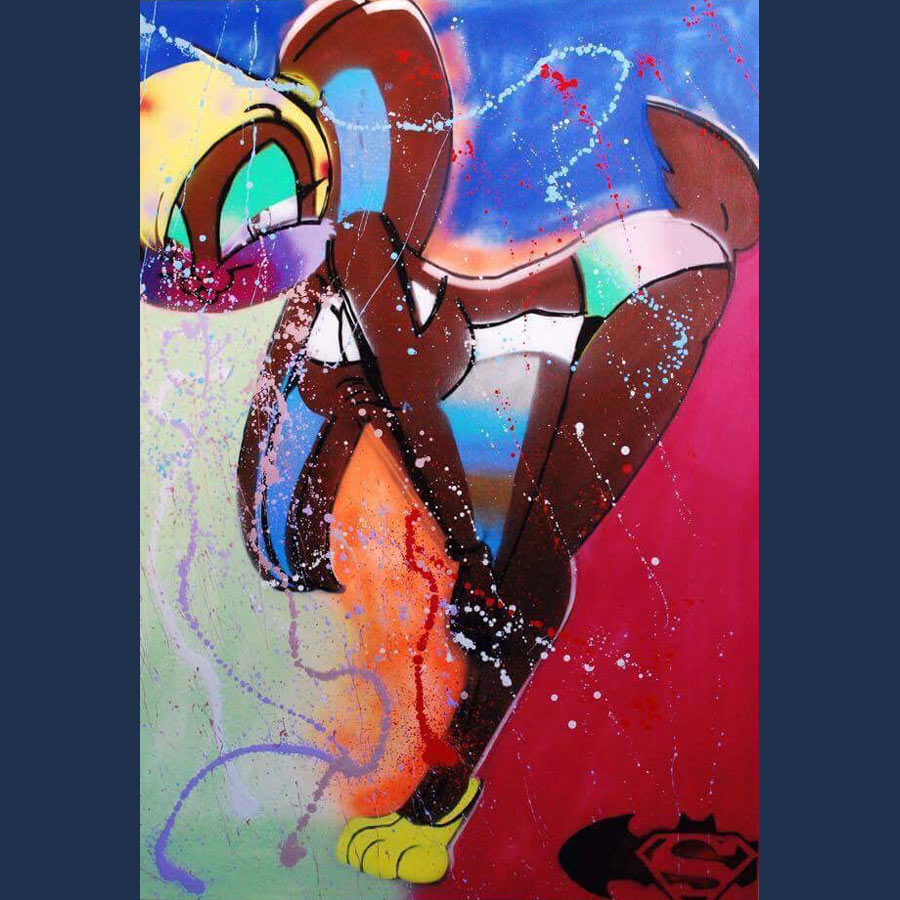 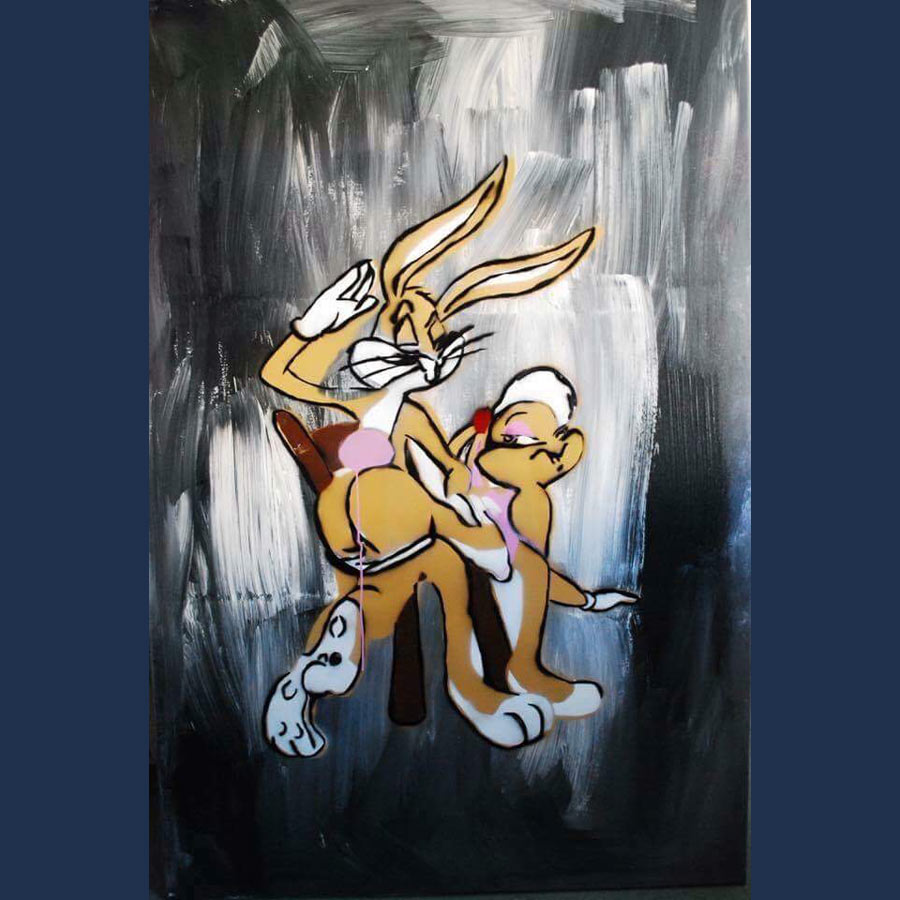 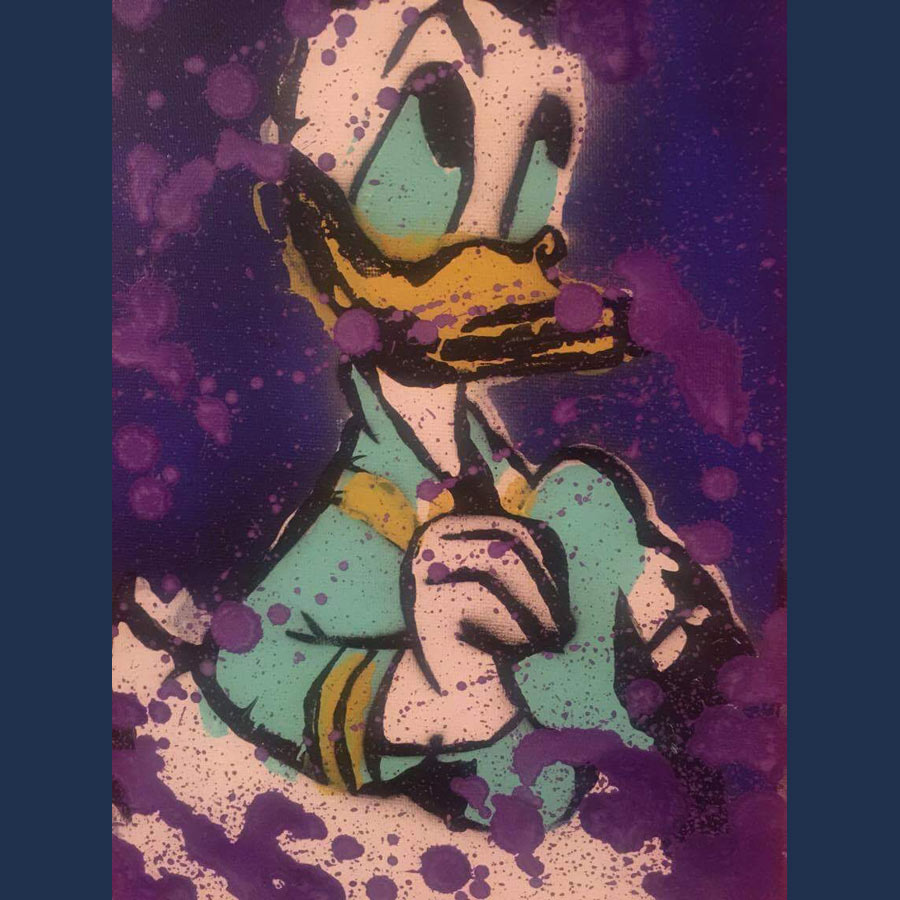 Born in Paris in 1979, Moussa’s family come from the Ivory Coast, West Africa. One of fourteen siblings, his grandmother was a painter of tribal images, which greatly influenced his style and taste. He became a model at first, starting out in Paris at the age of 18, becoming the face of Paul Smith for four years and working with the likes of John Galliano, Paul & Joe and Wunderkind amongst many others.

This world of fashion with its strong emphasis on beauty and iconic status played heavily into Sanogo's psyche, so that as an artist, these concerns are dominant in his imagery, technique and choices of bright, almost garish colour palette. Coupled with this fashion influence is his fascination with iconic cartoons, where entertainment and humour are mixed with the devious and darker side of childish dreams. Tweety and Sylvestor became for Sanogo, a David and Goliath allegory, and his work falls either side of dreams and nightmares. The street influences of Basquiat are juxtaposed with the interest Warhol had with fashion. Icons, beauty and the cynicism of advertising, Shepard Fairey and Lady Aiko are also evident influences in his work. If there is a message located in these paintings it is that capitalism can render even the child-like love of cynical cartoons. 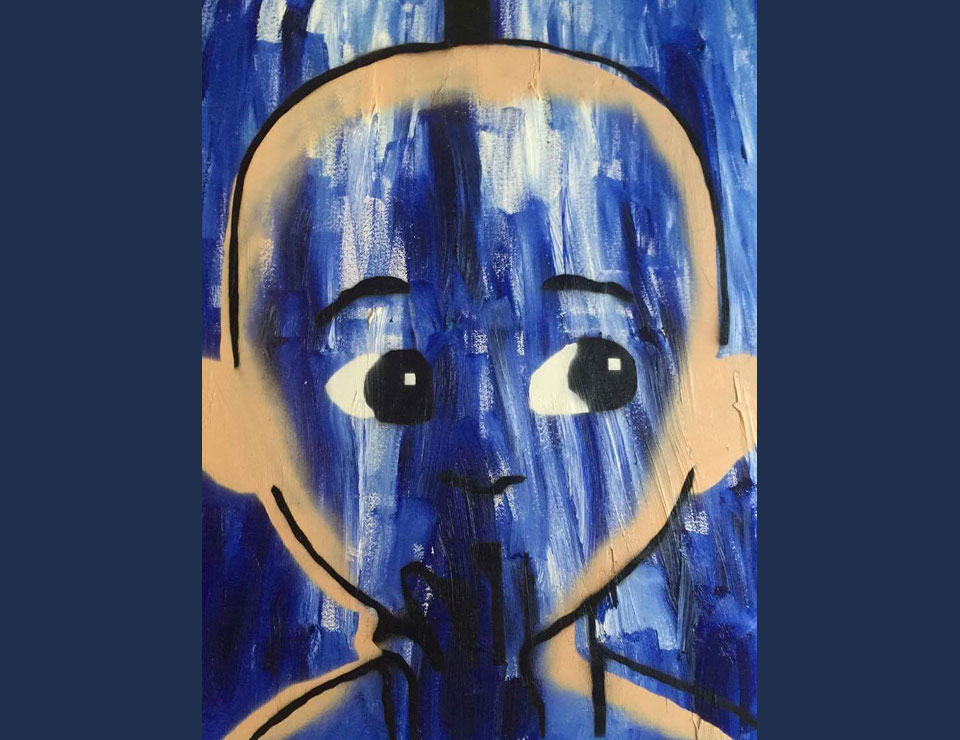 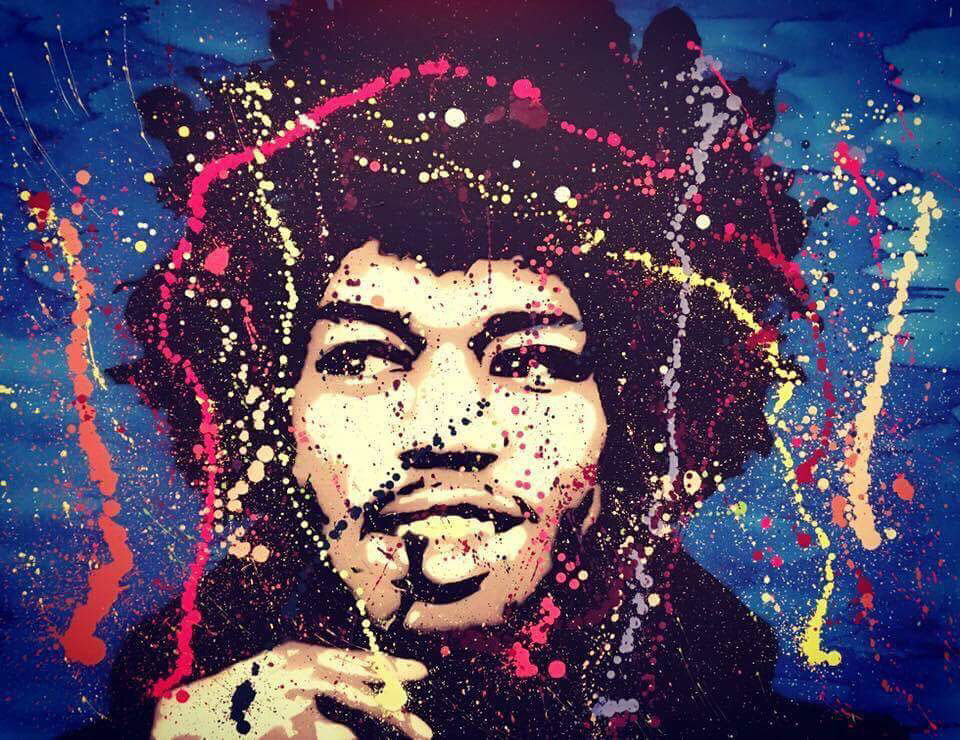 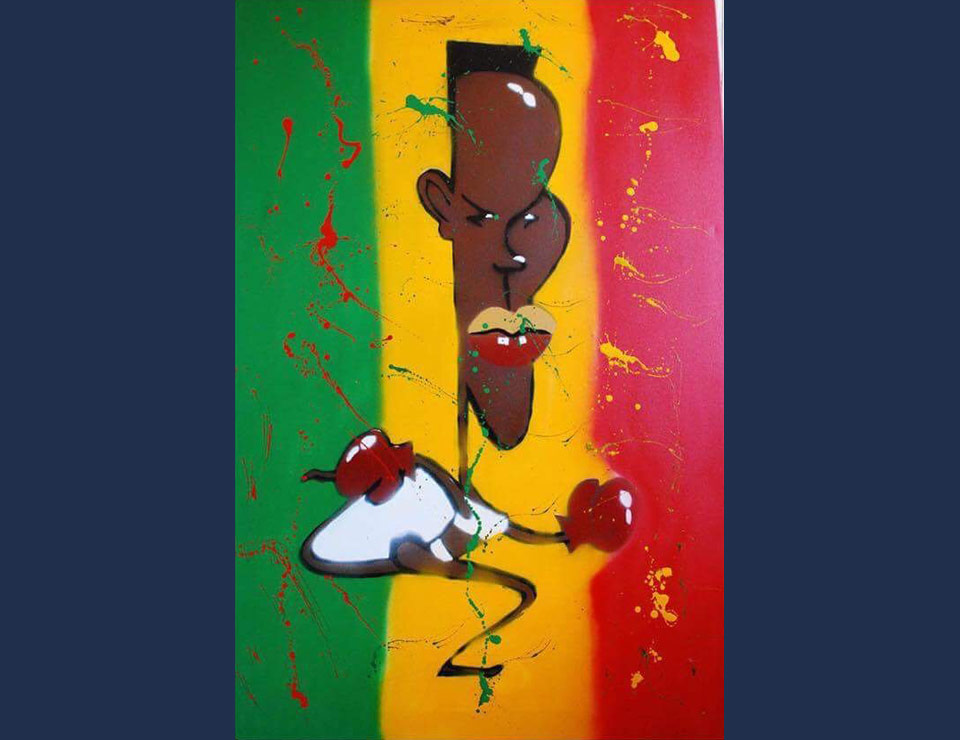 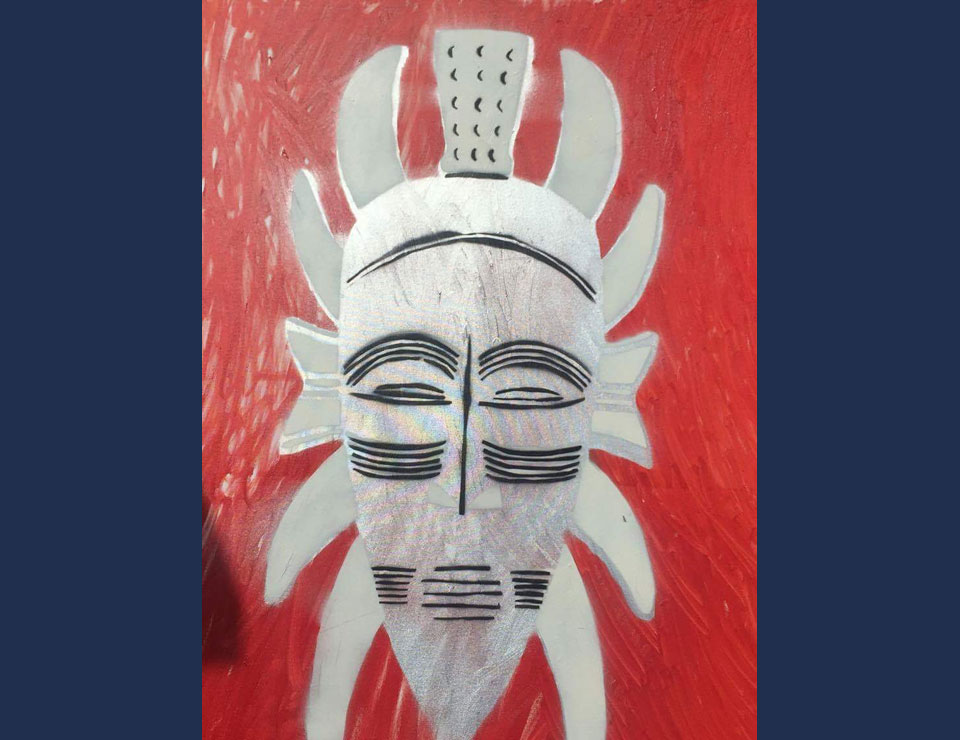 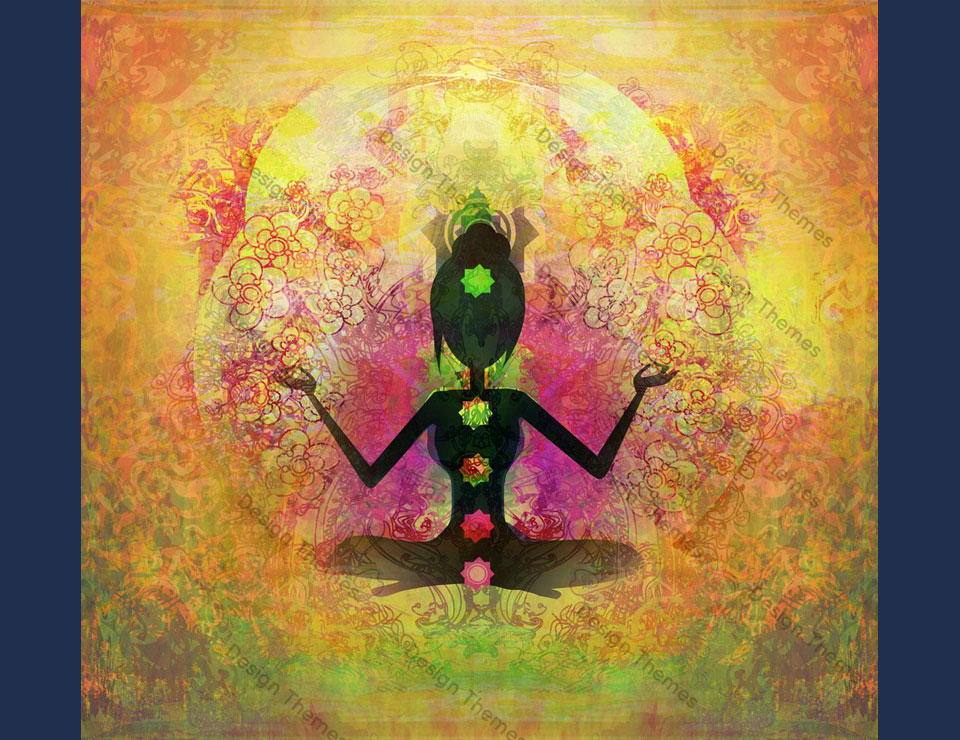 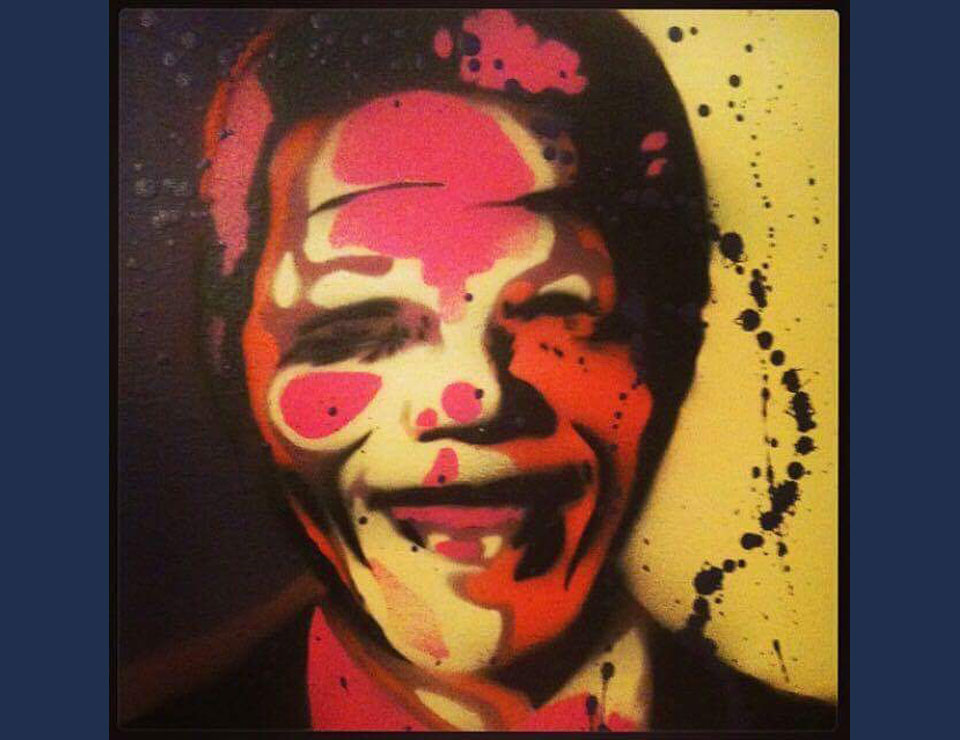 Moussa Sanogo has exhibited his work all over the world, recently being included as one of the 'Top 100 Street Artists' to exhibit at the first ever 'Street Art Fair International' in LA. He's biggest collector so far is the Icon Grace Jones who has acquired more than 30 pieces of his work and continues to be a passionate supporter. This entire collection purchased by Grace Jones is to be exhibited at the V&A. His latest exhibitions include: Street Art Fair International Siren Studios, Hollywood, Los Angeles, L'Afrique Creative Door, Paris, France, L'Afrique Crypt on the Green, Clerkenwell, London, Transient Contemporary and Modern Art, Artists Corner, Hollywood, Los Angeles.